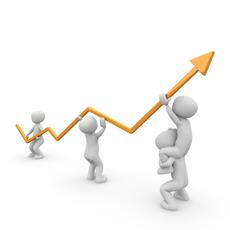 Government statistics show that employment fell again last month, which seems an odd thing in the light of the long period of austerity the country’s been going through and the uncertainty after last year’s referendum.
So what does it mean for recruitment? Are there more real jobs out there and what of the requirement for people in the professions and what affect is there, if any, for companies like Rekroot?
The CBI suggests that its members have more confidence in industry now than in the last few years.
The BCC also says that UK sales are increasing and hiring intensions are up on last year.
More importantly ICEAW business confidence indications suggest the UK continues to enjoy a good deal of economic momentum. Chartered Accountants in all sectors of business expect respectable growth in 2017.
In accountancy firms in practice, Small Medium Practices [SMPs] are expanding particularly in the areas of consulting and advisory work where this is growing faster than more conventional audit, accountancy and taxation services. But note all are still rising.
The Law Society says that most firms had increased fees in 2015 and 2016, and this trend is expected to continue. Brexit will alter literally hundreds of laws, rules and regulations in the next few years which will mean more work for lawyers as well.
The larger accountancy firms are expanding in to legal services in a big way. Admittedly much of this is overseas at present but the trend will continue.
Enterprising accountancy firms are exploiting loopholes, for example they offer legal services in China, where firms of lawyers can’t!
Still further opportunities for global recruitment.
The Royal Academy of Engineers says the UK will need an extra million engineers in the next 5 years, this means a doubling of graduates annually. It’s interesting to note that less than 10% of engineers in the country are women, by far the lowest percentage in Europe.
Similar statistics apply to the demand for IT trained people in the UK.
The Daily Telegraph business editor indicates that graduate recruitment is set reach its highest level for more than a decade.

This all suggests that recruiters are in for a busy time in the next few years!